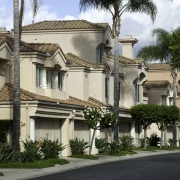 In December 2018, the Orlando Sentinel reported that home and apartment rentals in the Orlando metro area were rising significantly faster than the rest of the nation. An updated report from Zillow.com, which includes data through September 2019 show that this rental trend continues. It’s a unique opportunity to make a smart investment in residential rental property, if you make a realistic plan.

Making a profitable investment in residential rental property starts with choosing the right property for your budget and for the market in the specific area where you’re looking to rent your property. Obviously, purchase price, location, and overall condition are key factors, but there are some less obvious considerations that can make or break a successful investment. Those marble countertops or that pool may seem like an attractive feature that will add value, but consider whether the rent that property will realistically command in its specific location will be adequate to pay for upkeep and repairs to such high-end features and finishes. In the case of a pool, you also need to consider the additional insurance costs. Think about what the community offers, and how that may affect rents. For example, a house in a desirable school district will likely command higher rent than one in a less desirable district. Are there great restaurants in walking distance?

One common thread among successful rental property investors is that they set a realistic budget from the beginning. This budget needs to include not only mortgage, taxes, and insurance, but also the costs of maintenance and repair, ongoing management, marketing and tenant screening, and other business matters like collections, evictions, and other business overhead.

No matter how hot the Orlando rental trends, it’s a smart idea to get a professional evaluation before purchasing an investment property. Belmont Management Group offers its clients an in-depth analysis of a property’s rental potential, along with access to exclusive property listings not avail through the MLS, and comprehensive property management services that help each property give the best returns possible. Call or contact us online to learn more about how Belmont Management Group can help you purchase and manage a successful rental property portfolio.

Please keep in mind that this is mostly a summary of the important points, but by no means does it constitute or cover the entire topic of rental trends or purchasing an investment property. 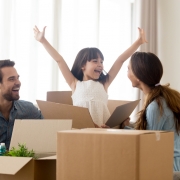 In a recent survey by Zillow Research, half of the real estate and economic experts who responded said they expected another recession to begin in 2020, while 35 percent said they believed a recession would likely begin in 2021. Unlike the Great Recession that started in late 2007, this predicted recession will probably see factors other than the housing market as its primary cause. Because of additional regulation in the mortgage industry since the Great Recession, today’s homeowners and investment property owners are generally in a better position with more equity and more solid ability to repay the mortgages on the property they own. If you own residential rental property, now is an ideal time to review your tenant screening criteria and make adjustments that will help you maximize tenancy and keep your income coming in steadily, even if the future does hold a recession.

Why Now Is The Best Time To Adjust Your Policies

Establishing and applying a consistent set of criteria by which you judge applications for each of your income properties is the best possible defense against future discrimination claims. By looking ahead, you can make adjustments to your tenant screening criteria now and establish a consistent pattern of applying them before a recession hits. This also means that you’ll start now to fill your vacancies with tenants who are most likely to be able to continue renting from you through an economic downturn. Consider criteria like the length of employment, in addition to income and credit score. It’s also a good time to establish policies covering when and how you might consider renting to tenants who don’t meet all of your primary criteria. For example, might you consider renting to a tenant whose income or credit score don’t meet your desired minimum if they provide a co-signer or a larger deposit, or pay increased rent? If so, be as specific as possible: If your minimum desired FICO score is 670, might you consider renting to a tenant with a FICO score of 640, if they gave a larger deposit? How much? Would you consider renting to a 600 FICO score if they had a cosigner with a 740+ FICO score?

Get Professional Help With Tenant Screening In Orlando

Tenant screening can be a complicated issue because of many federal, state, and local laws that may apply. When you work with the experts at Belmont Management Group, you’ll get sound advice on compliant tenant screening, and money-saving help with maintenance, marketing, and every other aspect of managing your investment property. Call or contact us online for a consultation and we’ll help you make a sound plan for today and the future.

Note: Please keep in mind that this is an overview of the important points, but by no means does it constitute a prediction of the economy, nor of the impacts it may have on the residential rental market. 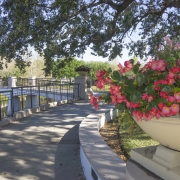 WHAT’S SO GREAT ABOUT LIVING IN….

Winner of Neighborhood Awards from the National Association of Home Builders, the U.S. Environmental Protection Agency, the Congress for the New Urbanism, and more.

Where is Baldwin Park? If you’re an O-Town old timer, you’ll remember that Orlando was once home to a Naval Training Center. In 1998, it was decommissioned and the City Beautiful was—as one observer wrote—“left with a one thousand acre hole in its heart.” Developers stepped in with a vision, and what was once a traffic obstruction became a spectacular urban enclave, two miles from downtown.

Today, Baldwin Park is a trendy neighborhood, a planned walkable town of about 18,000 residents, primarily young professionals and young families. It boasts 15 different housing styles that include cottages, bungalows, manor homes, and mixed-use buildings with rental units, which means there’s a style to suit all tastes and needs. The energy is definitely urban and upbeat, with what some describe as a “London feel” to it. It’s an active community, and on any given day you’ll find people walking dogs, pushing strollers, wandering in and out of shops, and enjoying the outdoors along the preserved waterfronts of two lakes….and everyone looks so happy!

For the kids, there are A+ rated schools and a spectacular playground at Lake Baldwin Park, which also offers boat rentals (no gas engines) and picnic areas.

Ecology was no afterthought to the developers of the town—they partnered with the Audubon Society to recreate the area’s natural habitat with native plantings, and created an island rookery for local birds to nest.

Cultural opportunities abound. You’re only minutes away from downtown, with its museums, gardens, theaters and music venues, but you don’t need to leave the neighborhood to find an exciting nightlife of pubs, clubs, sports bars, and great restaurants—some of which are dog-friendly.

Got a yen for sushi? Check out @Seito Sushi

A longing for Lebanese? Look to @Meza

Got a flair for All-American fare? Hit up @Provisions & Buzz or @Osprey Tavern

Whatever your gustatory whim, you’ll find it in, or very near, Baldwin Park. Watch our website for available rentals. 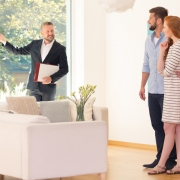 The residential rental market boom continues in central Florida, which is great news for Orlando area property owners. As home purchase prices continue rising and wages stay nearly flat, more low- and middle-income people find themselves unable to purchase a house, which means that they’ll be competing for well-managed, well-maintained rentals. For people who already own income property, or are in a position to purchase, this represents a significant opportunity because this trend is likely to continue for some time.

Rent On The Rise

Though rents and rates of increase vary by city and neighborhood, the overall trend in central Florida is up. In Orlando, apartment rents at the end of August 2018 had climbed to an average of $1,256: one bedrooms averaging $1,109 and two bedrooms averaging $1,339. Rents on single family homes, duplexes, and condos tend to rise even more quickly, because the people renting them are those who would, in a different economic time, be purchasing a house.

Of course, if making money in rental property was effortless, there would be a lot more people doing it. It’s definitely not a get-rich-quick scheme. Keeping track of leases, insurance, maintenance, scheduled repairs and renovations, and tenant issues is a time-consuming proposition, under the best circumstances. If you’re considering purchasing income property, it’s important to understand that there are real demands on your time, and those demands are ongoing.

If you’ve already had experience managing your own residential rental property, you’ve probably discovered all of this, and you may have also learned how much more challenging things can get when you have tenants who are behind on rent, or require eviction. Property management is far more complicated than it seems at first.

The professional property managers at Belmont Management Group help you reap the benefits of owning income property without sacrificing all your spare time (and maybe sometime that wasn’t spare, too!) by finding the right tenants, staying on top of the financials, managing maintenance and repairs, and taking care of matters like late fees or evictions, should the need ever arise. Call or contact us online for a consultation.